Conference Series Ltd invites all the participants across the globe to attend 12th International Conference on Endocrinology,Diabetes and Metabolism Osaka, Japan.

Keynote: Using Math-Physical Medicine to Study the Probability of Having a Heart Attack or Stroke Based on Combination of Metabolic Conditions, Lifestyle, and Metabolism Index 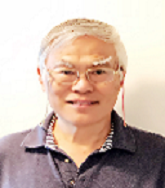 Gerald C. Hsu received an honorable PhD in mathematics and majored in engineering at MIT.  He attended different universities over 17 years and studied seven academic disciplines.  He has spent 20,000 hours in T2D research.  First, he studied six metabolic diseases and food nutrition during 2010-2013, then conducted research during 2014-2018.  His approach is “math-physics and quantitative medicine” based on mathematics, physics, engineering modeling, signal processing, computer science, big data analytics, statistics, machine learning, and AI.  His main focus is on preventive medicine using prediction tools.  He believes that the better the prediction, the more control you have.

The author has extended his 8-year T2D research along with ~1.5M data to examine the relationship among metabolic conditions, lifestyle, metabolism index, and the probability of having a heart attack or stroke.

In 2014, he researched and built a metabolism model to measure the multiple interactions of four metabolic disease outputs and six lifestyle inputs.

The risk probabilities are:

The mathematical simulation results are validated by past 17-years health examination reports.  This big data dynamic simulation approach using math-physical medicine will provide an early warning to patients with chronic disease of having a heart attack or stroke in the future.